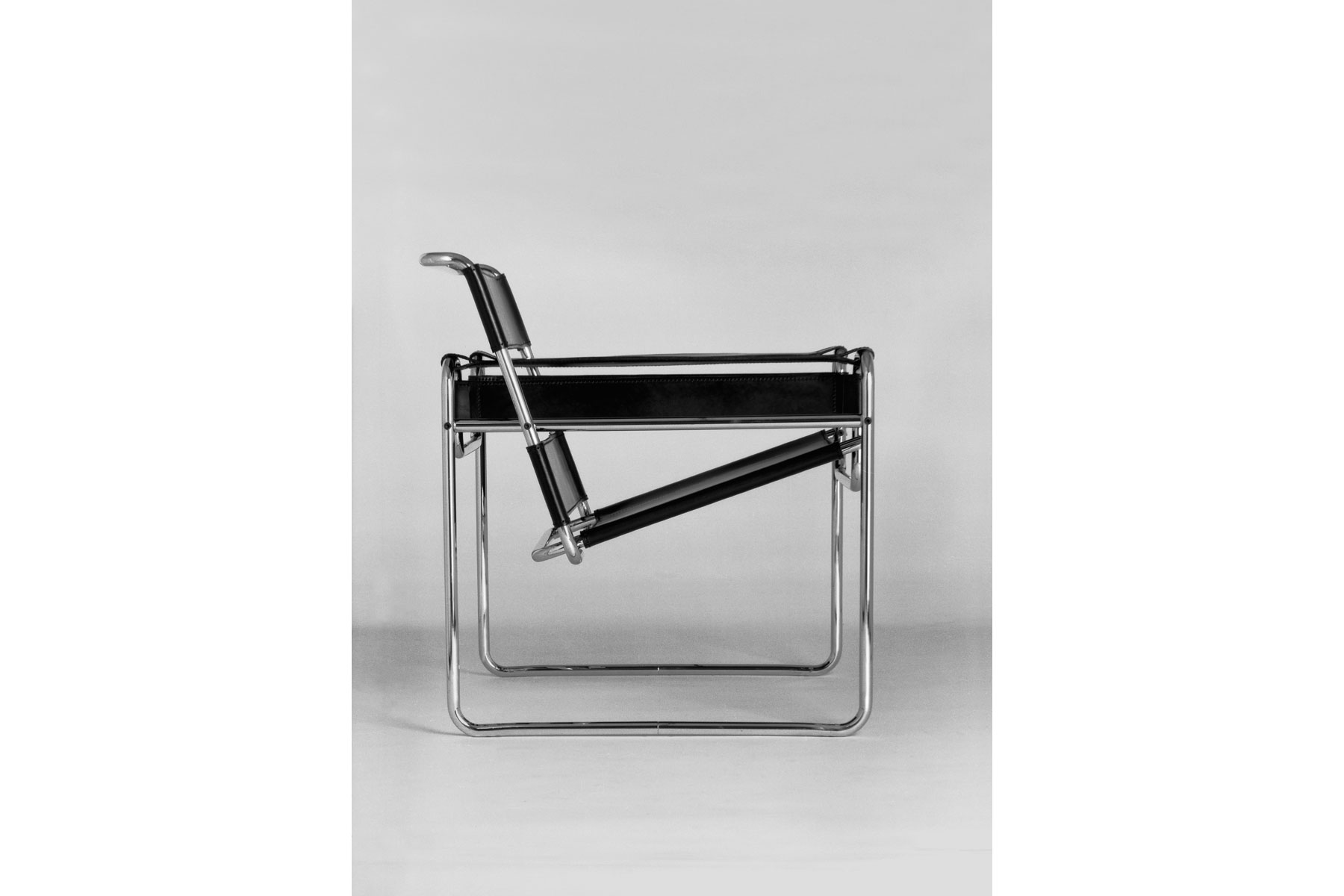 In 1925 Marcel Breuer in collaboration with Karl Koerner, head smith of the Junkerswerken in Dessau, produced the first model of the curved tubular steel lounge chair better known as “Wassily” chair. Technical notes: autogenic welding of tubular structure in nickel-plated steel (the first experimental model consisted of iron tube) with 20 welding points; rigid metal structure on 4 legs with handcrafted production of several pieces to be jointed (with considerable waste of technological time); canvas covering. In 1926 the chair was disassembled again and the material was used for other experimental models. 2. This model was produced at the beginning of 1926 in the Junkerswerken of Dessau with Marcel Breuer’s suggestions and is considered the prototype of the mass-produced “Wassily” chair. Technical notes: autogenic welding of tubular structure in nickel-plated steel with 14 welding points; metal structure on two legs; technologically realizable only by means of artisan techniques element by element; canvas covering, (subsequently replaced by Eisengarn covering). This unique model is at the Bauhaus in Dessau. 3. This version produced at the Bauhaus is dated 1927. It presents some of the elements characteristic of the later model such as the continuity of the back’s tubular frame. We also notice a simplification of the covering system, whose assembly is made easier by using springs. 4. At the same time Standard-Möbel in Berlin began mass-producing the chair. Technical notes: mass-production in industrial assembly line; drastic reduction of the number of welding points with the introduction of screw connections; for the first time the surfaces of seat and armrests adapted to the seat shape; Eisengarn covering; tubular frame in nickel-plated steel. The chair appears for the first time in the Weissenhofsiedlung of Stuttgart as a mass-produced model by Standard Moebel of Berlin (B4 Model). 5. In 1928 as a result of Marcel Breuer’s resignation from the Standard-Möbel Company of Berlin, another variation of the “Wassily” chair was created as an alternative for Thonet. Technical notes: tubular frame in nickel-plated steel produced in assembly line; very similar to the third model except for the unique back (shape of a tubular upright in continuous steel). The original model had a covering in canvas straps. 6. Breuer made a further modification for Thonet after Standard-Möbel was absorbed in 1929. Technical notes: further elaboration of the five new technical and assembly processes of 1928; improvement of sitting comfort by modifying the transverse uprights; Eisengarn covering; tubular frame in nickel-plated or chromium-plated steel. This first model of a chair in curved tubular steel designed by Breuer is generally held to be the first armchair with a metal structure. This despite the existence of a cantilever chair presented by Gerhard Stüttgen in 1923, and the patent granted in the United States in 1922 to Harry Nolan for the design of a tubular metal cantilever chair. The chair was renamed «Wassily» as a tribute to Wassily Kandinsky, for whose Bauhaus apartment it was allegedly designed. 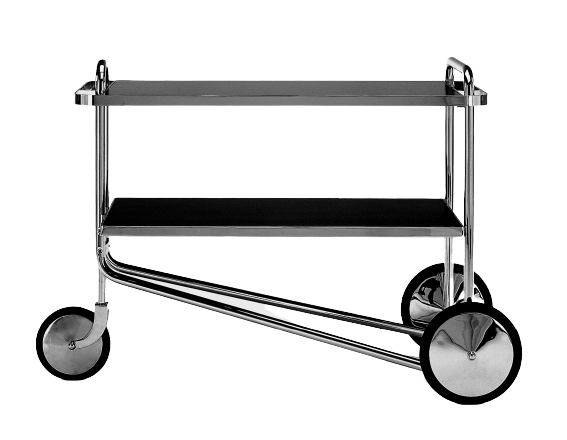 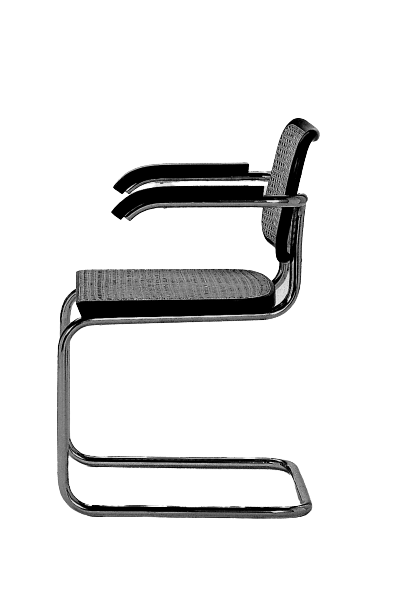 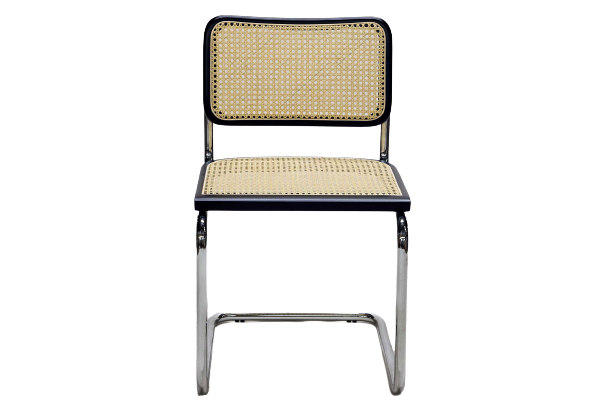