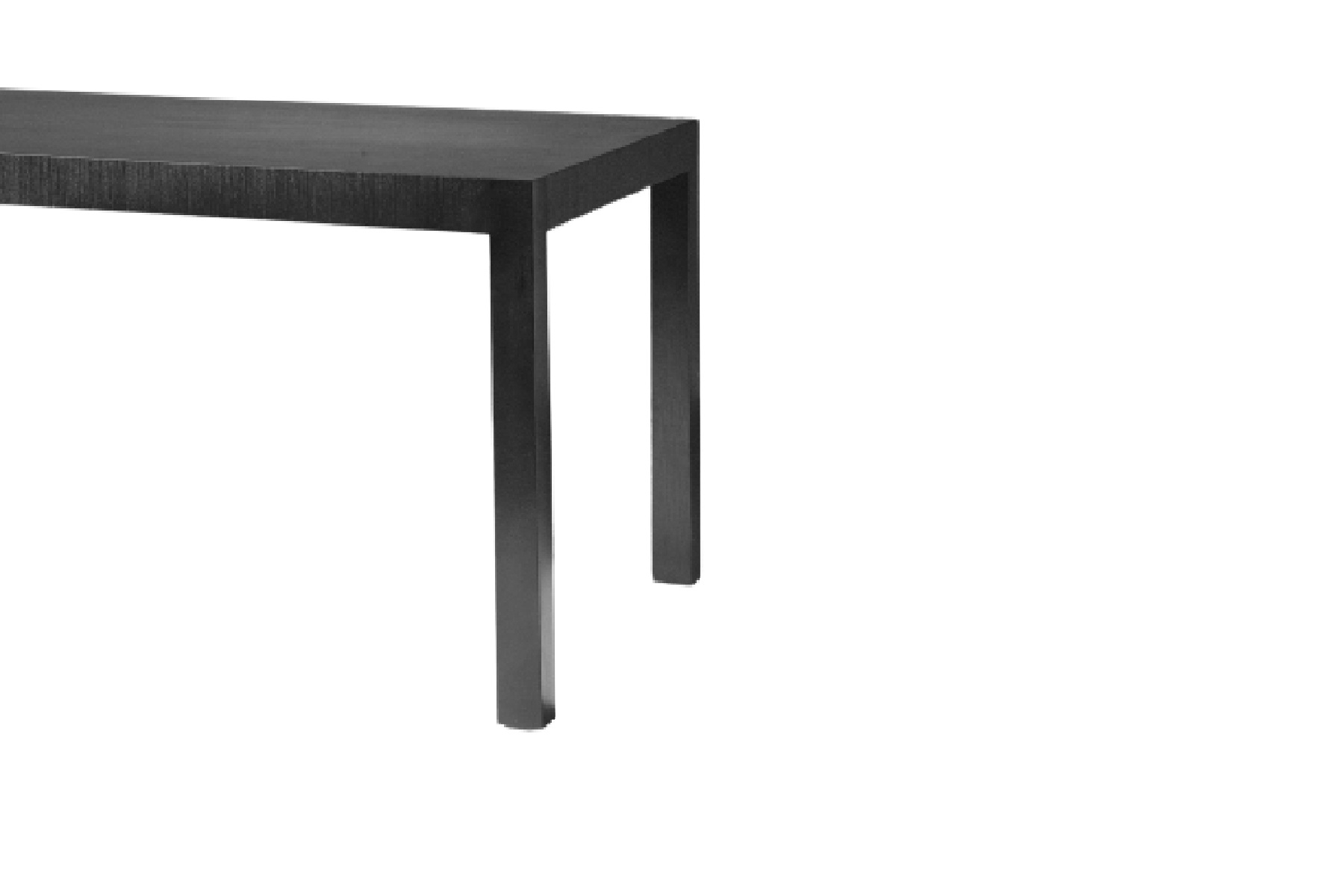 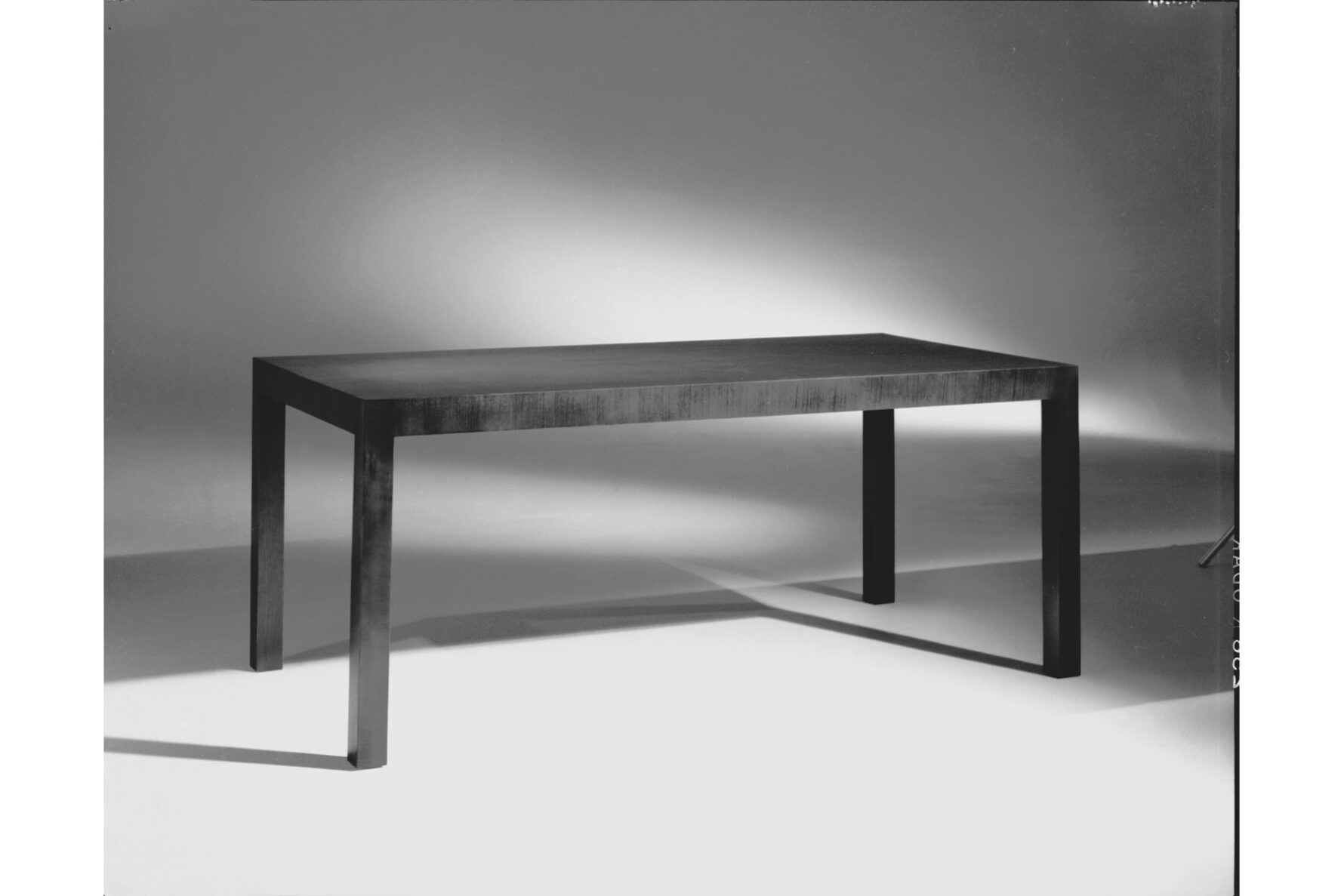 This table, designed by Mies together with the chairs for his Berlin apartment in the early 1920s, represents the first illustrious example of a “Parsons table”, a type of square or rectangular table with square legs at the corners, which can be found in the same decade in some French interiors decorated by Jean Michel Frank, who must probably be given credit for having exported its concept to the United States when he taught at New York’s Parsons School of Design, a circumstance which also granted it its name. Rectangular and square versions of the Parsons table with glass top made by Breuer appear in the photographs of the interior of Gropius’ house and of one of Mart Stam’s rank-houses at the Weißenhof of Stuttgart in 1927, whereas a rectangular version of the Parsons table by Mies appears in the photographs of a home model designed by Lily Reich for the Bau-Austellung of Berlin in 1931. In 1930 the table was then represented, together with the couch, in Philip Johnson’s apartment in New York. The Parsons table, whilst not having given rise, at the time, to any mass-production, became quickly popular, particularly in the United States, and has often been sold without any designer attribution, with frequent modifications to thickness and proportions. 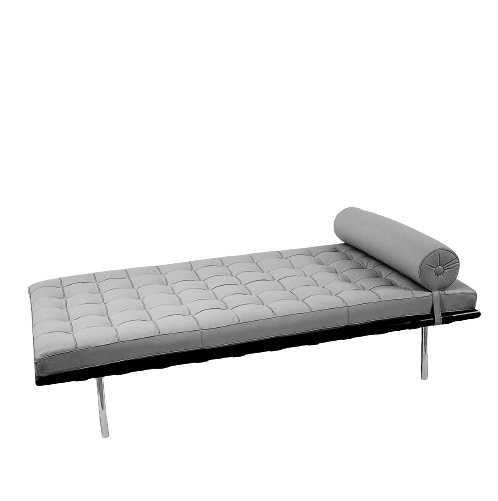 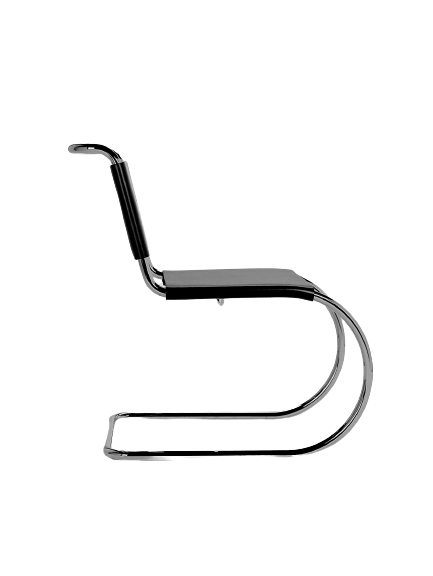 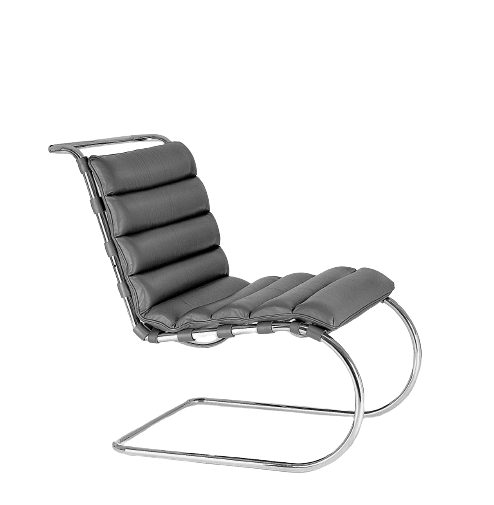