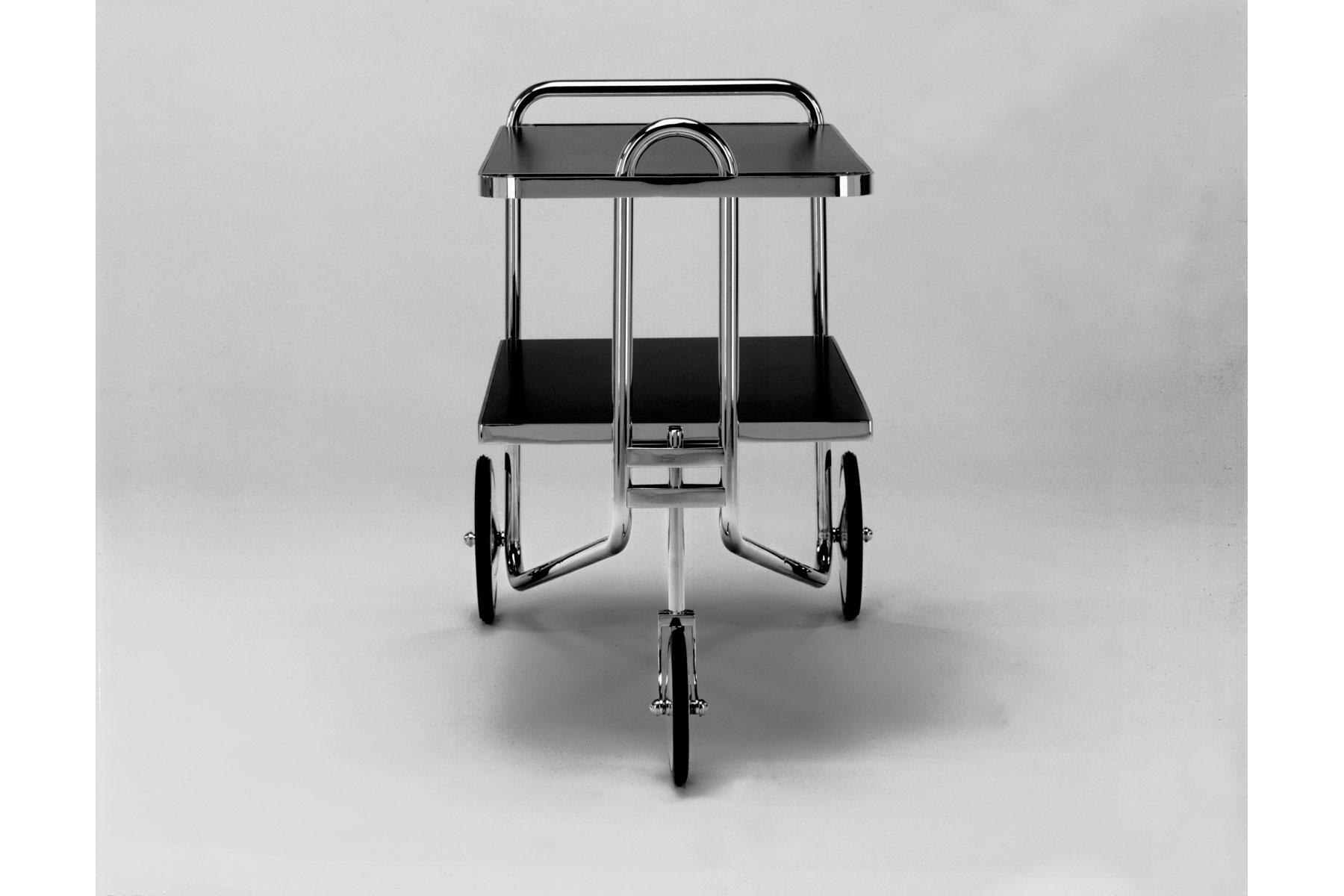 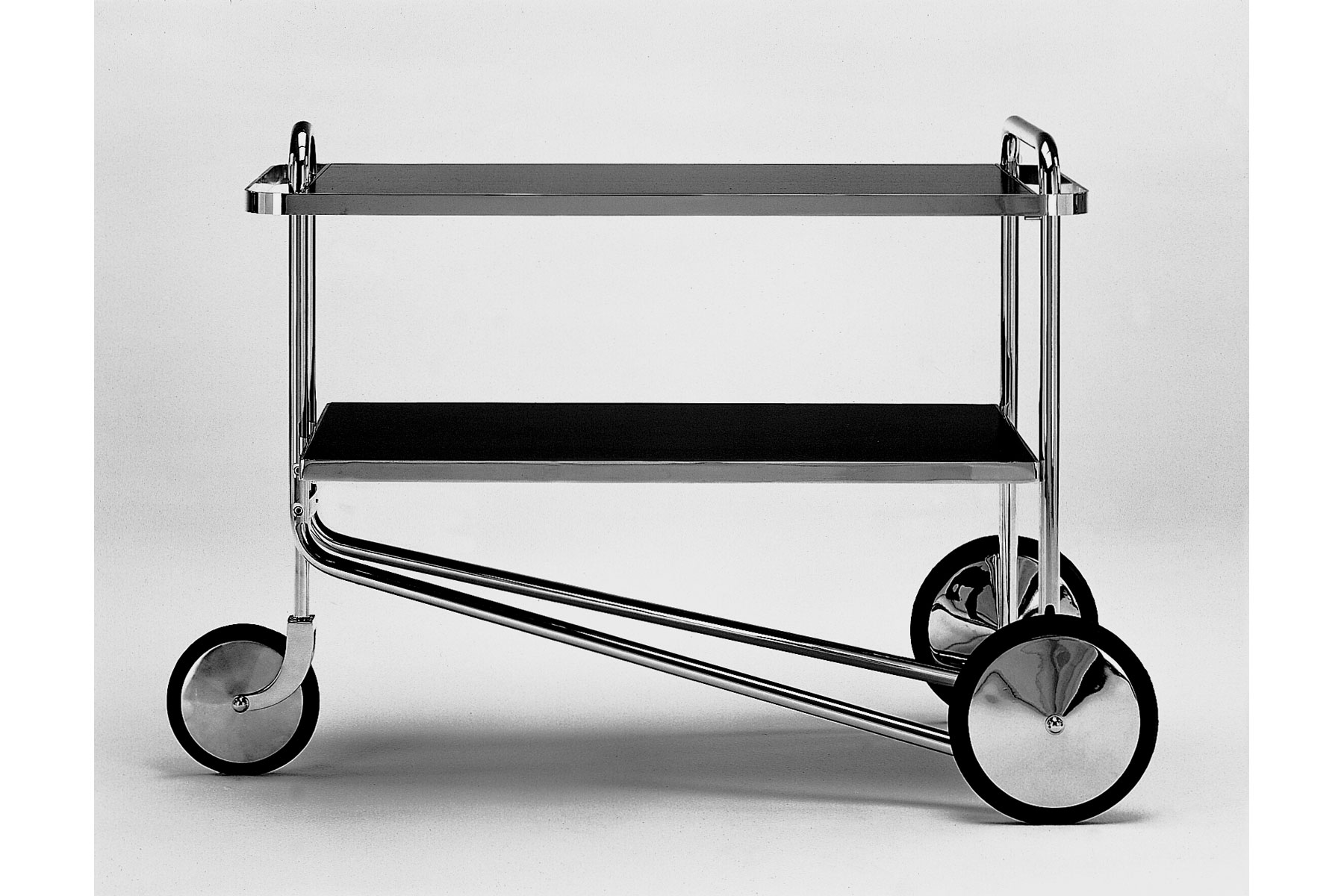 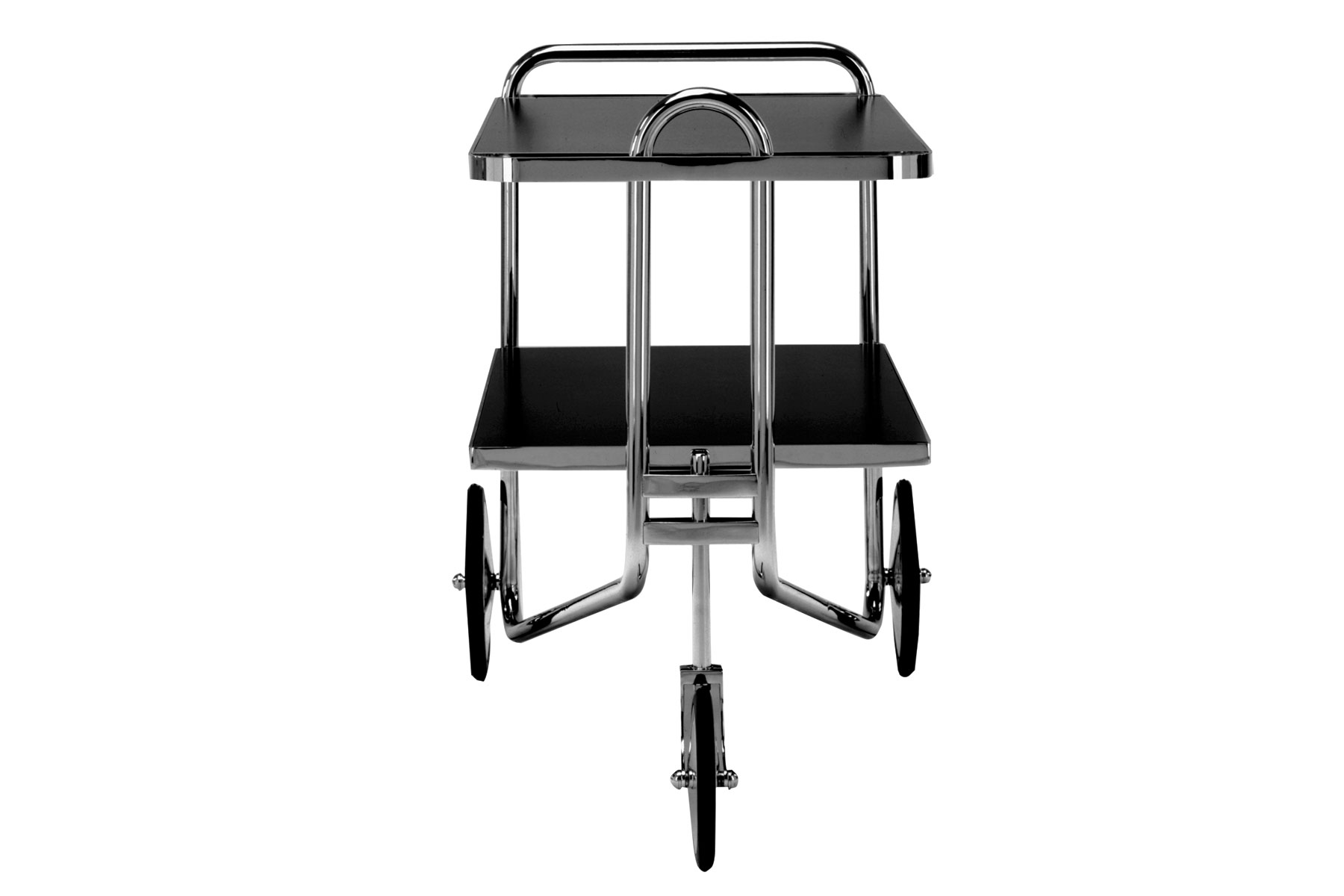 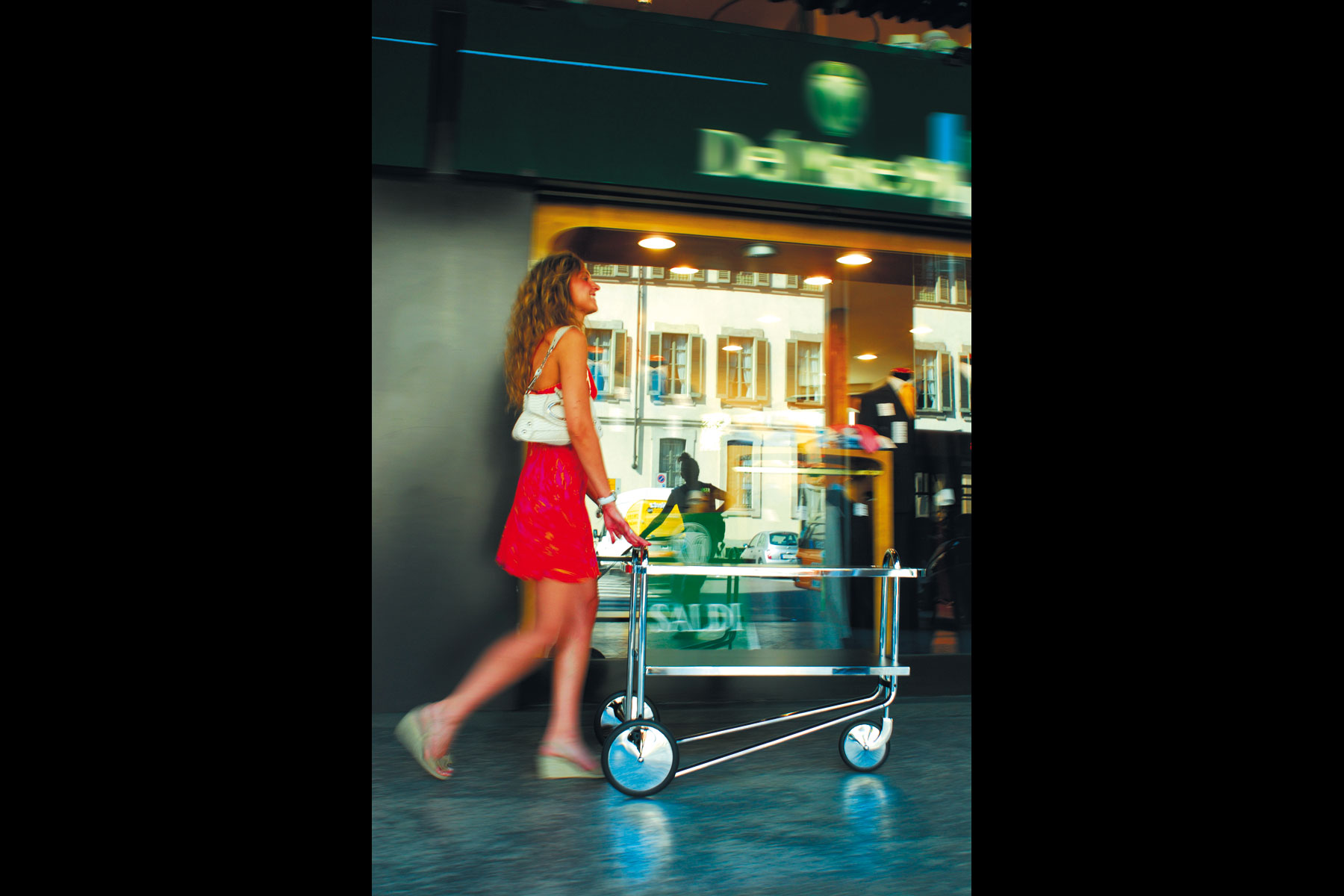 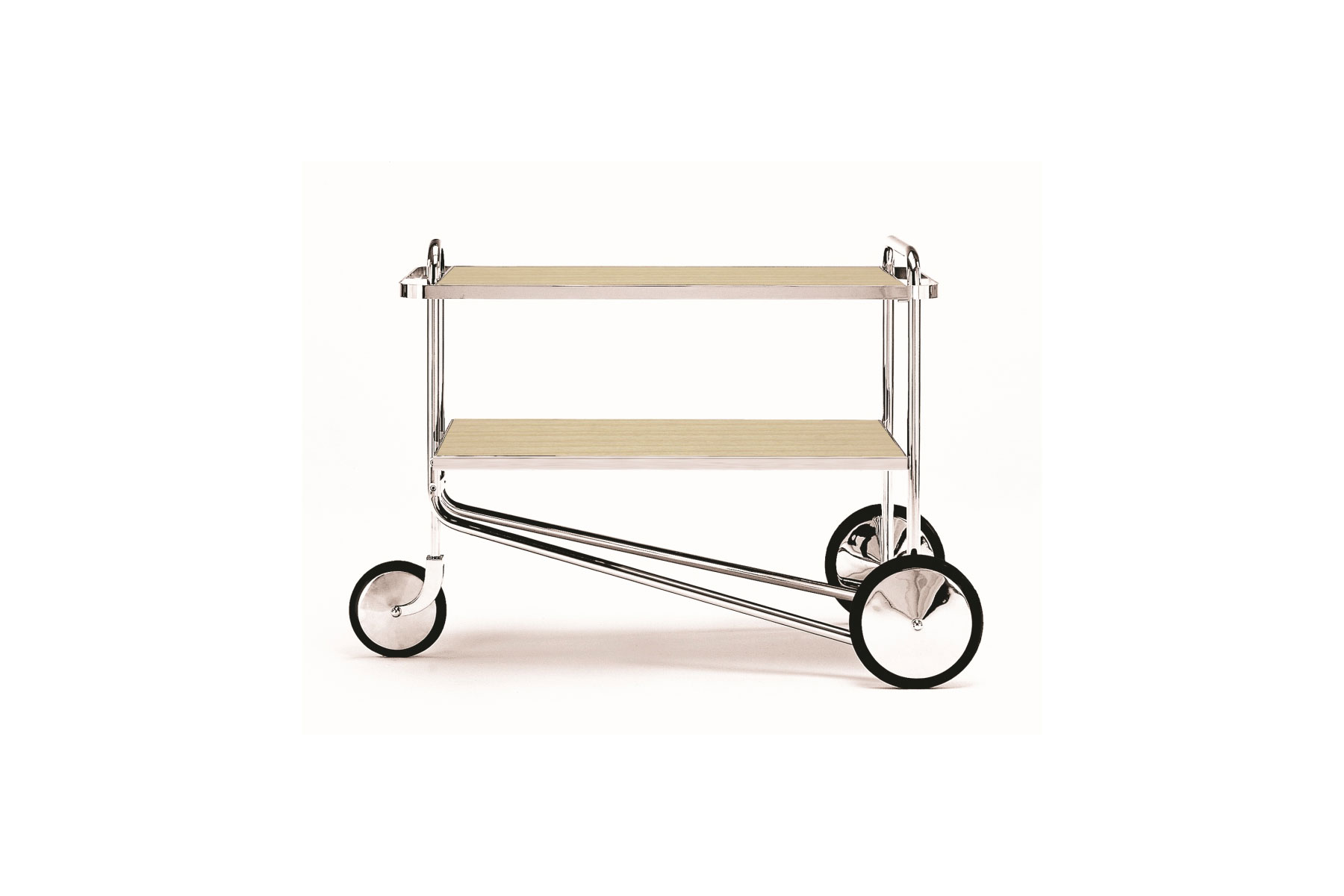 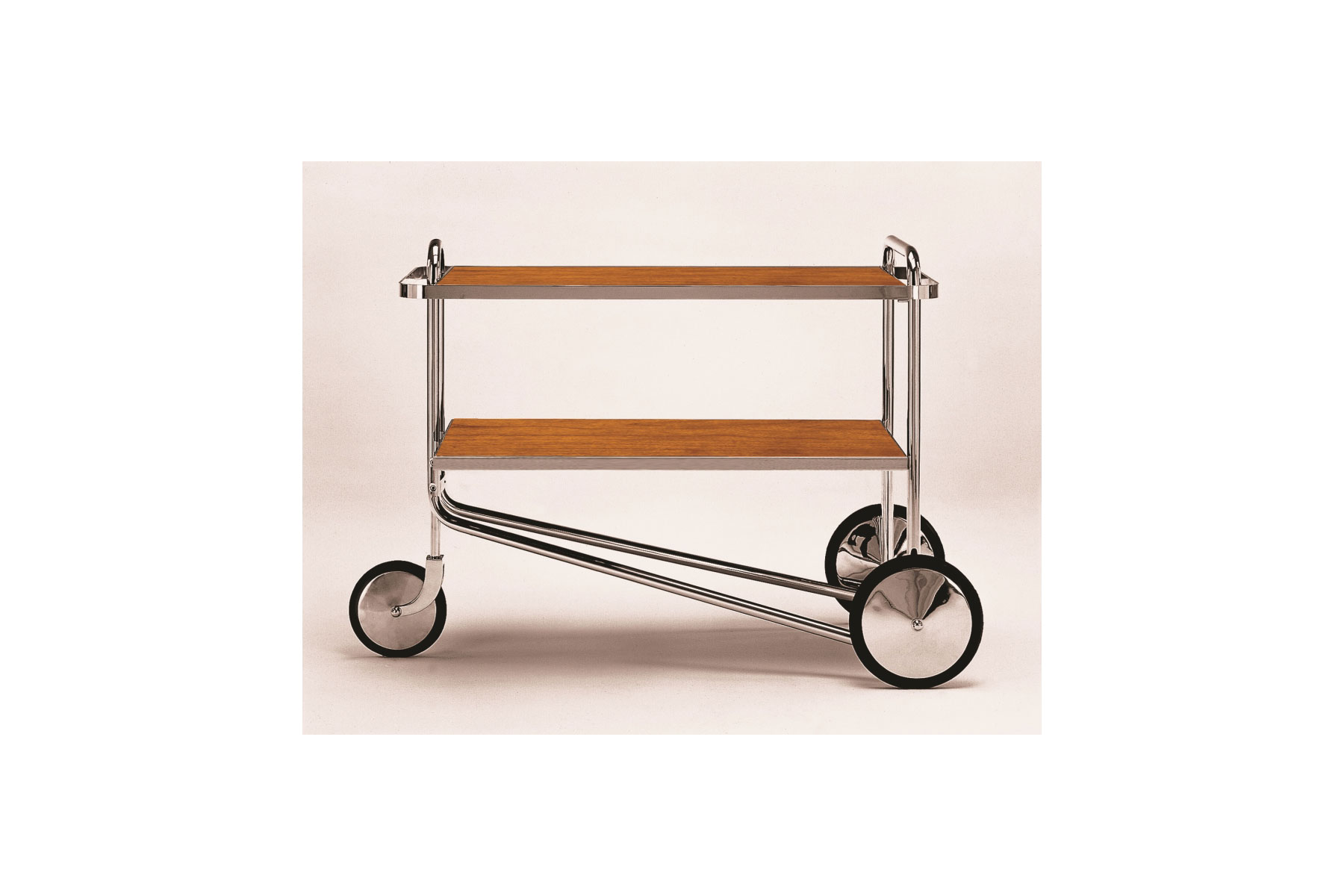 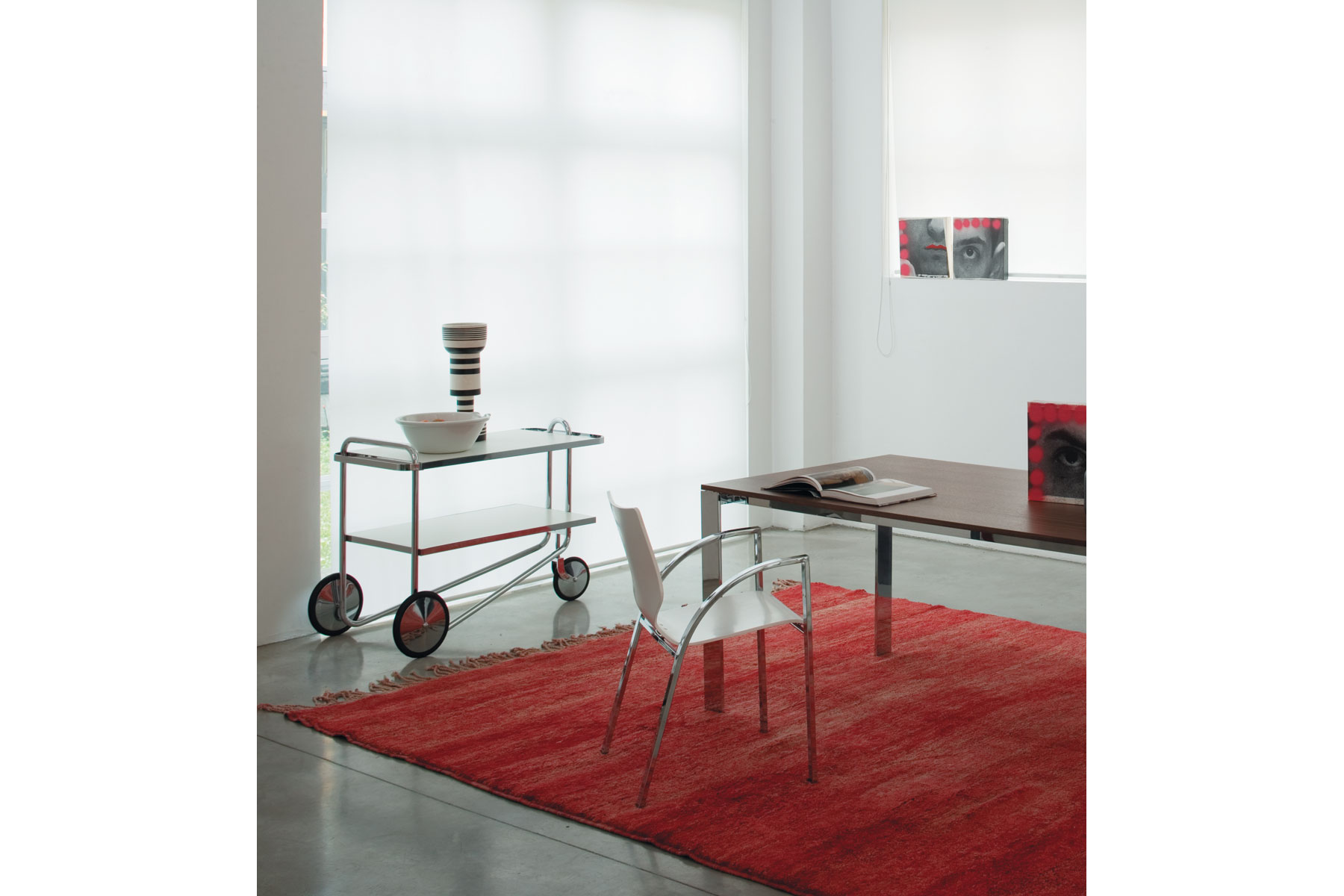 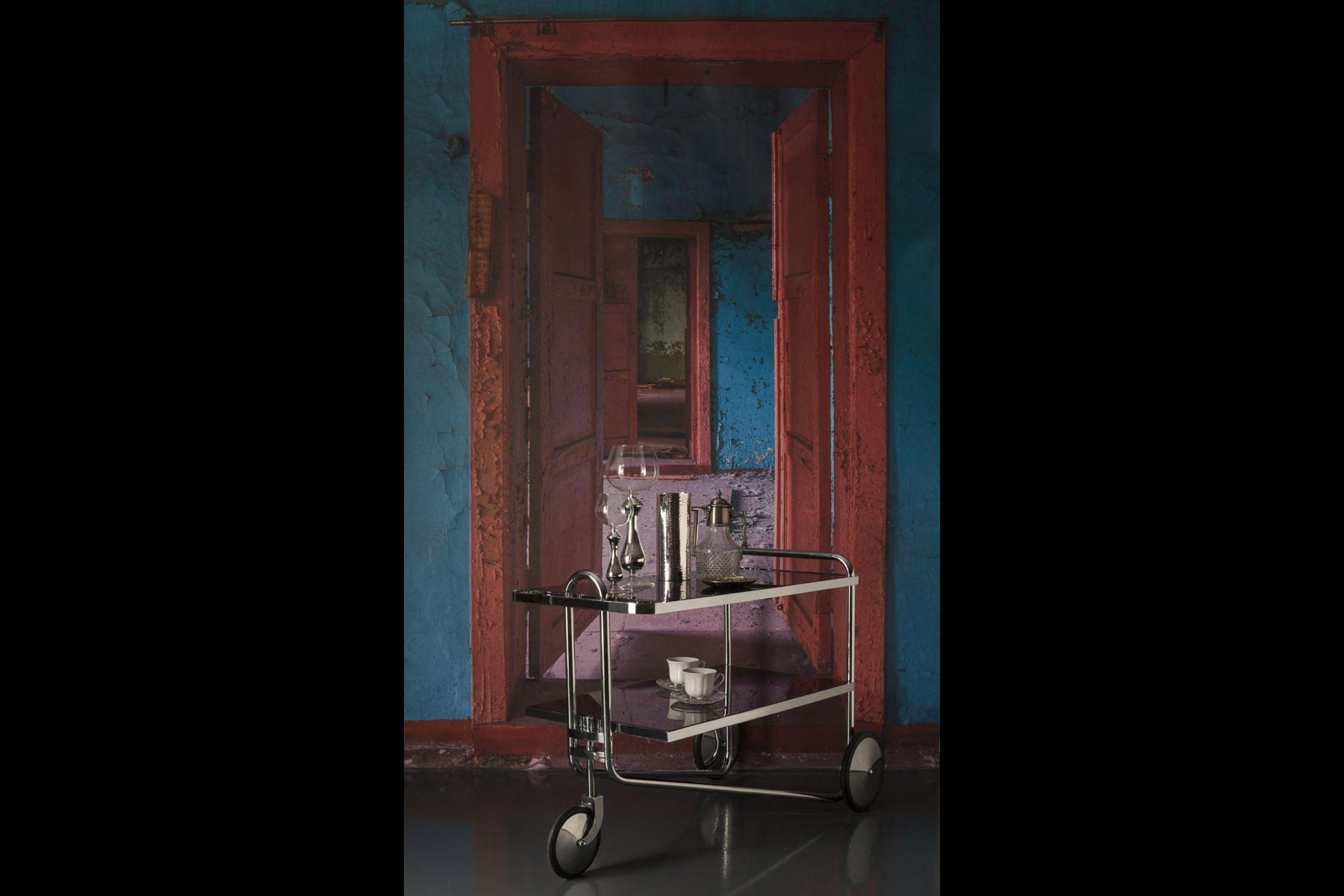 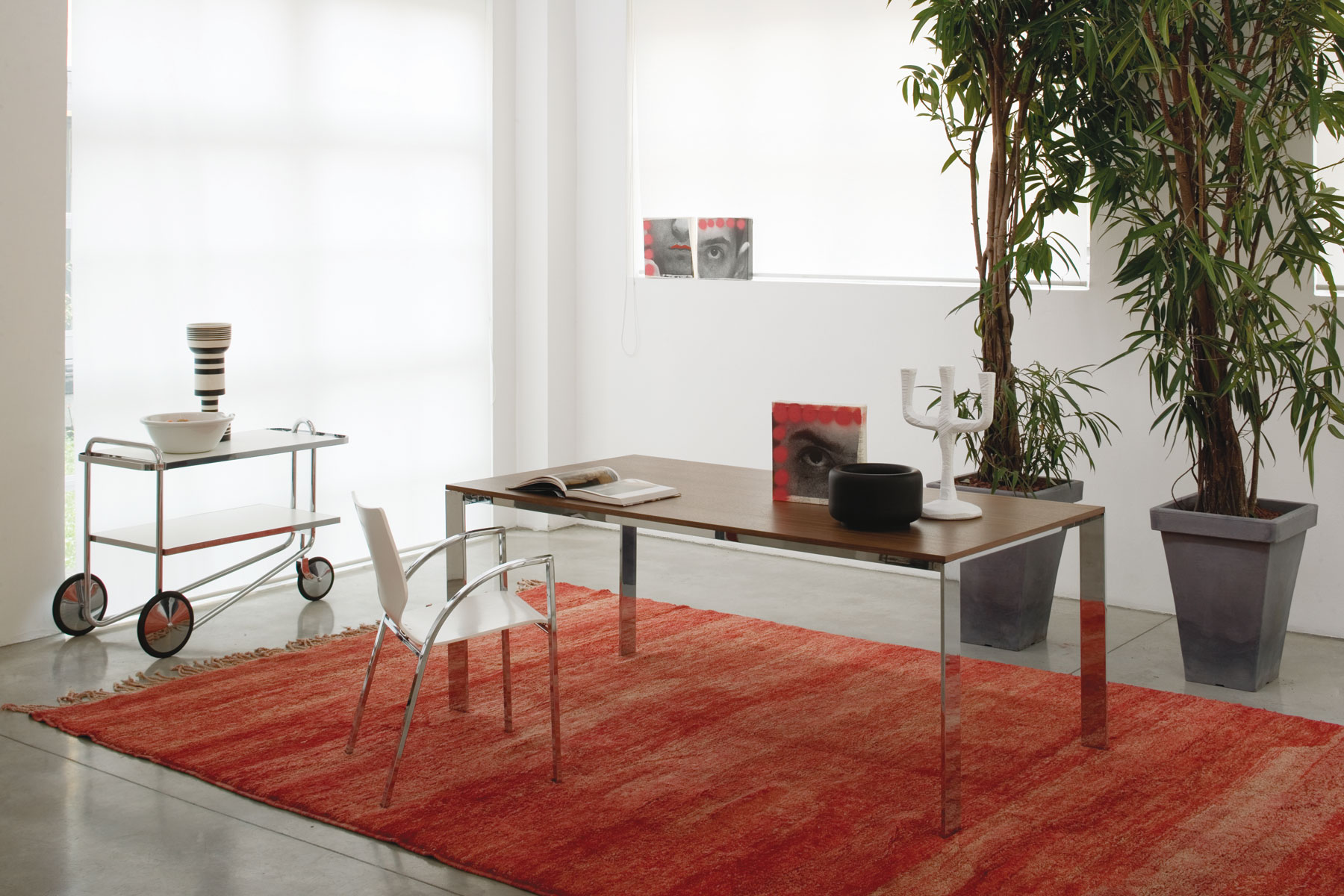 A stylish trolley designed by Marcel Breuer in 1928 and produced by Matrix International. An original specimen is exhibited at the Neue Galerie, Museum for German and Austrian art from the early 20th century located at Fifth Avenue and 86th Street on Manhattan’s Upper East Side.

There are different models of a trolley among Breuer’s designs. The firstdefinite date is 1928, when a photograph of the prototype of the versionwith three disk wheels was taken; in the same year, a version withspoked wheels, coded B54, was added to the Thonet catalogue,although it does not seem to have been produced.The version with three disk wheels was shown in public for the firsttime in 1930 at the Salon des Artistes Décorateurs in the «apartment fora boarding-house/hotel» designed by Breuer, who was present as arepresentative of the Deutscher Werkbund. It is portrayed in aphotograph of the interiors for Boroschek’s apartment, and it appearslater on, in 1931, at the Berlin-Bau Austellung in the «House forSportsmen» designed by Breuer. In 1932, the Thonet catalogue offereda modified version with four wheels which cannot be attributed toBreuer. In 1935 this trolley disappeared altogether in favor of otherrather ordinary models with smaller wheels and no attribution.The trolley with three disk wheels appears in a photo of 1932 as anaccessory in the kitchen of the Harnischmacher House I, in Wiesbaden.The disk-wheel trolley made its last appearance in the Highgateapartment for Mrs. Ventris, designed by Breuer in partnership withFrancis Reginald York. 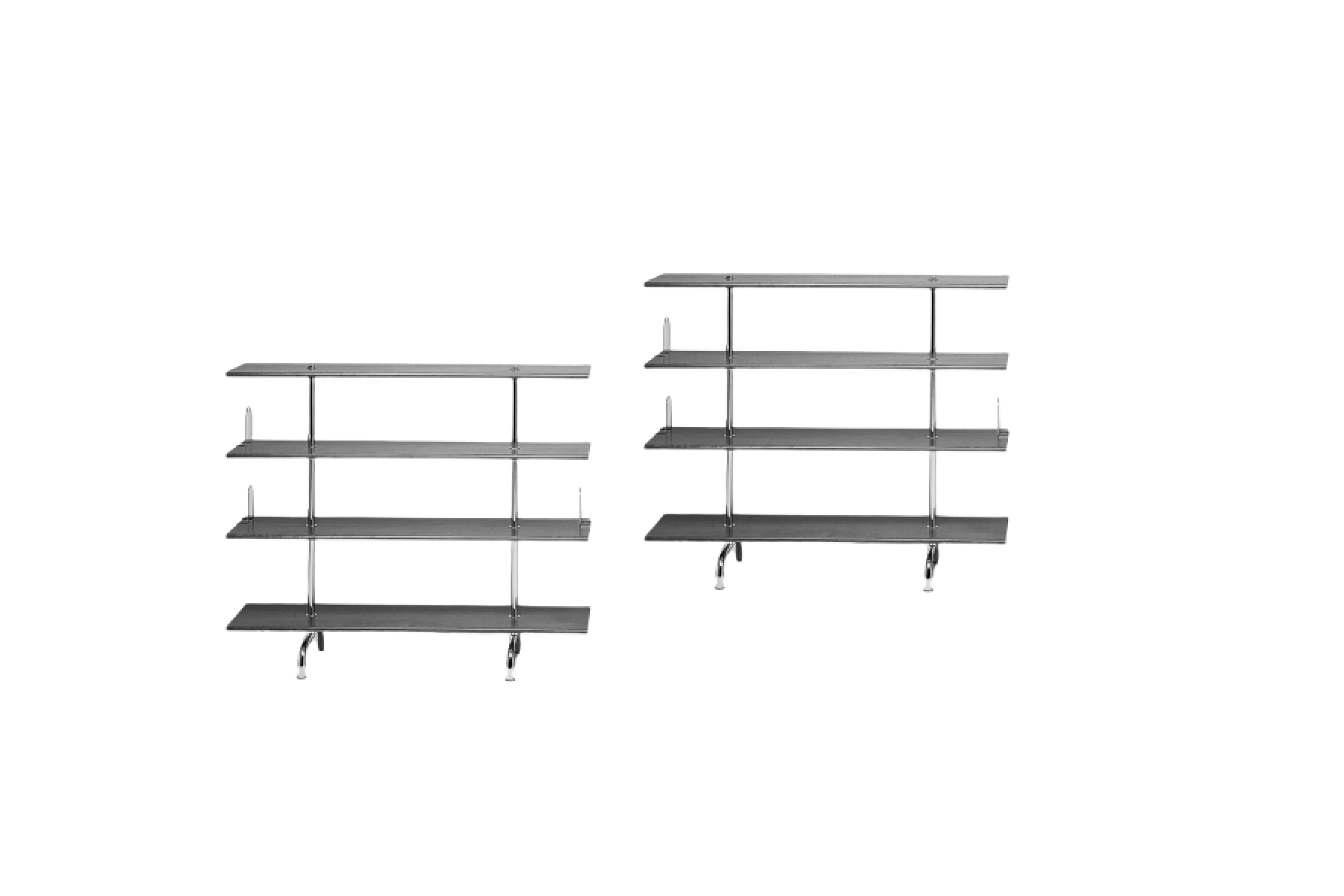 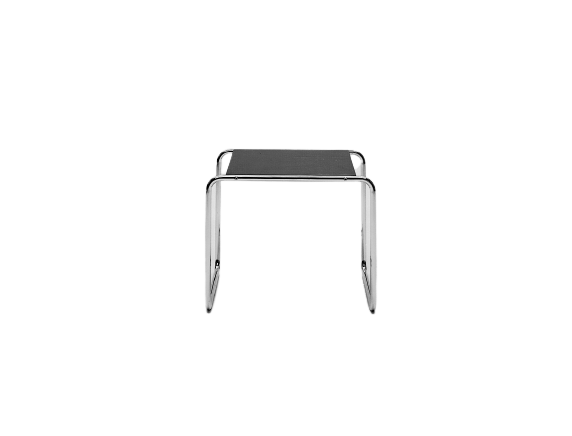 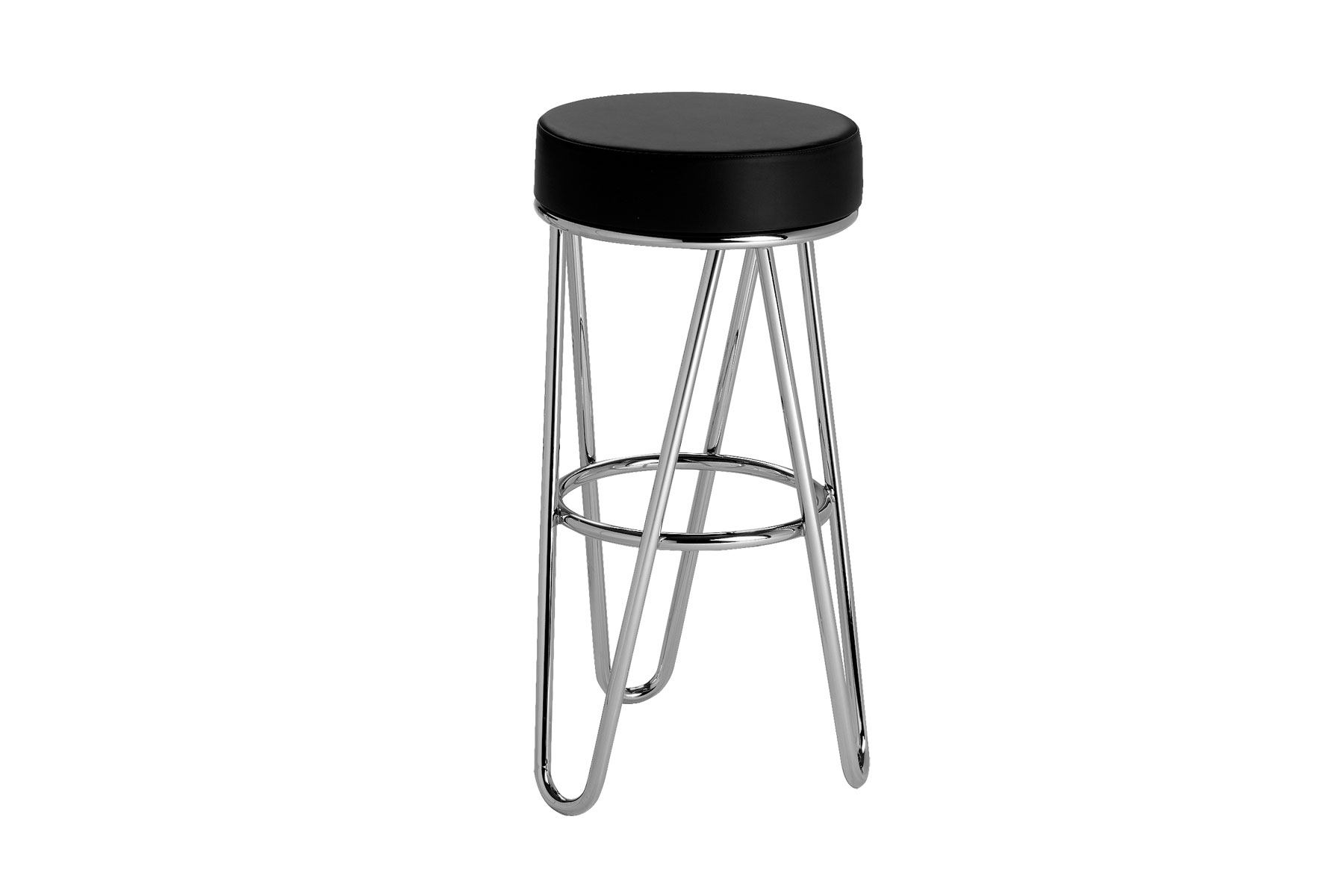