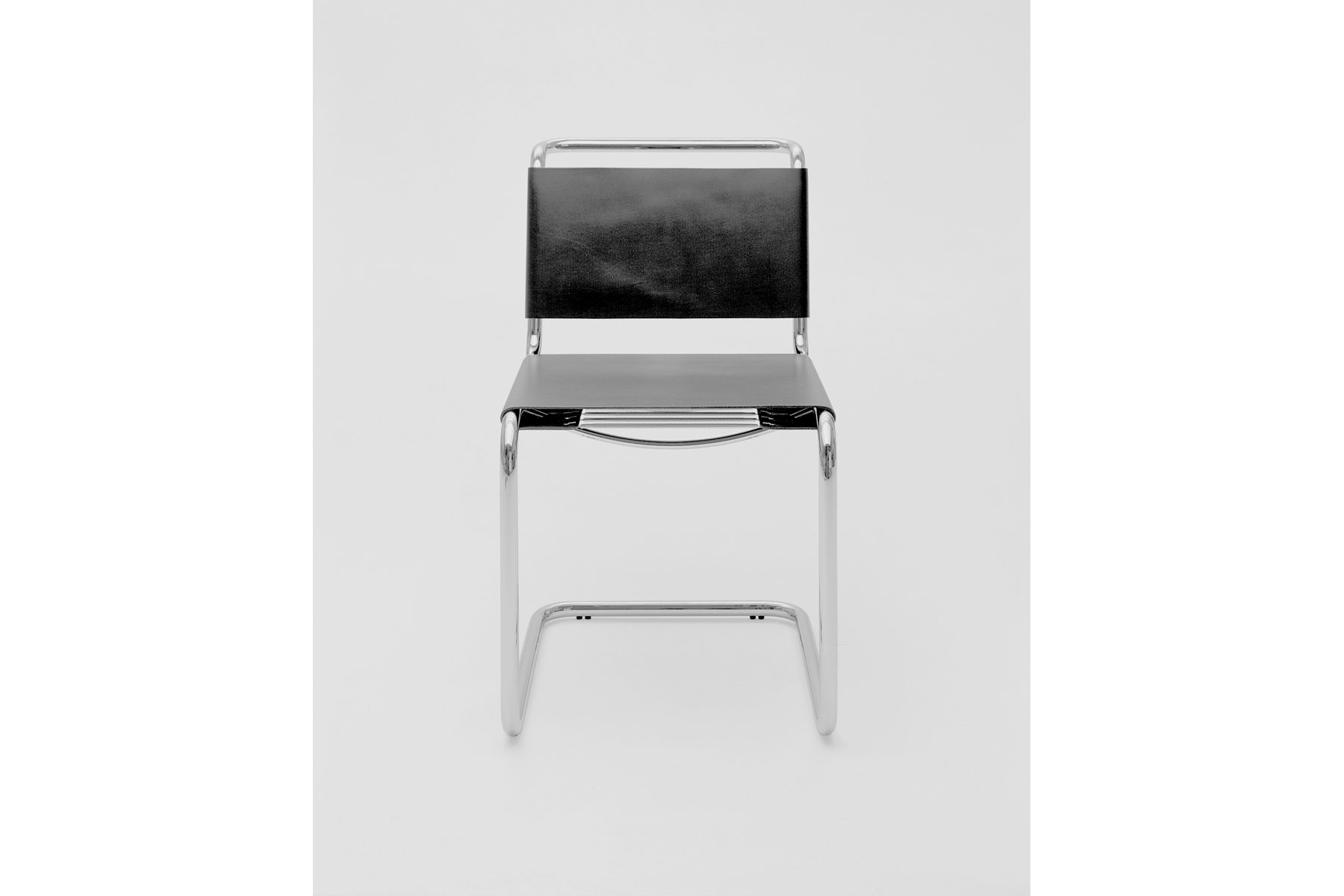 Designed in 1926, it went into production the following year. It is similar to a chair attributed to Breuer, present in the 1927-1928 Thonet catalogue. In the original version, the chair had a stiffening bar between the front legs, which in Breuer’s and in all subsequent productions was replaced by a curved element under the seat. Already in 1923, Gerhard Stüttgen, a teacher at the Cologne School of Art, presented a cantilever chair, produced with a cold-drawn Mannesman tube, within an exhibition of the school’s works, although the design did not cause any sensation. The design made by Stam, who was presumably not informed of that first proposal, went far beyond the pure application of the technical possibilities offered by a Mannesman tube, since he investigated the linguistic and formal applications deriving from the suspended structure, which allowed him to develop the theme of rotating planes. Indeed, his first prototypes, perhaps as a consequence of his lacking knowledge of the more recent innovations offered by the steel industry, used grey hot-molded tubular steel and threaded angular joints. It was not until 1926, when he was invited by Mies to take part in the exhibition of the Stuttgart Weißenhof-Siedlung, that probably he was informed of the working methods and tools used in Bauhaus laboratories. A few weeks after the presentation of Stam’s chair, Mies also presented his version of the “cantilever” chair at the Stuttgarter Weißenhof-Siedlung. Mart Stam was awarded the authorship of the idea of the cantilever chair by the German court. 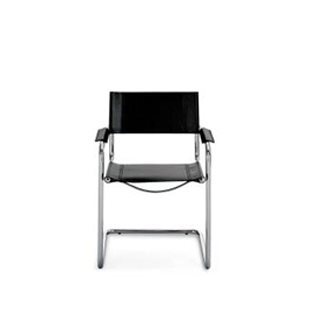