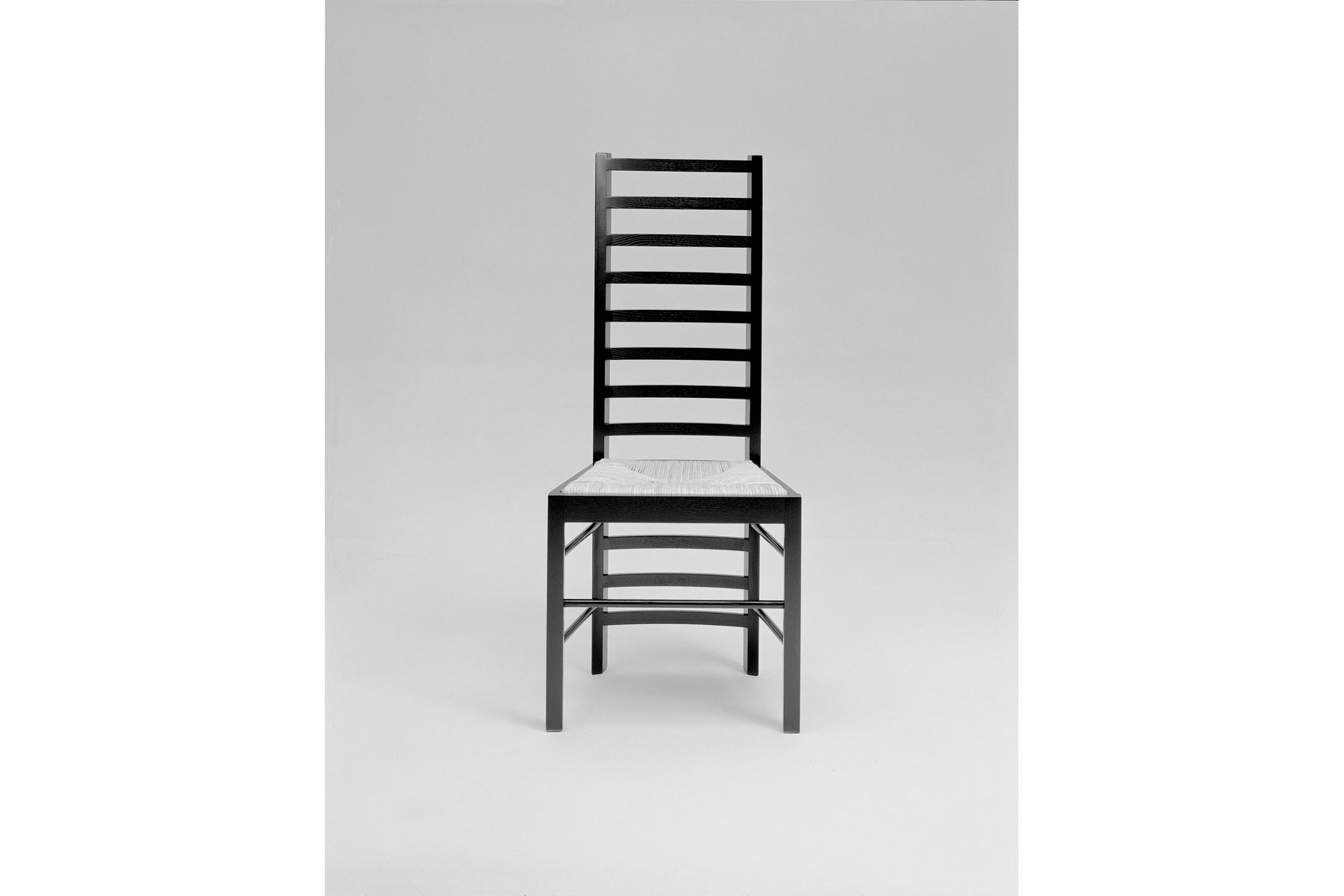 This chair was designed to be used in different areas of the Willow Street Tea Rooms and probably represents the most “evolved” version of the stave-back chairs designed and produced by Mackintosh. The ladder-back design is characteristic of different chairs made by Mackintosh, from the one designed for David Gauld’s bedroom in 1893, to the one produced in 1901 for Windyhill, Kilmalcolm, both of which were more traditional in style. This new edition faithfully respects the original one designed for the Willow Street Tea Rooms, and does not include a modification which was added to all models after a certain period of use, the insertion of a reinforcement in the rear part of the chair’s back.This type of modification was made several times on Mackintosh’s furniture, which was often repaired, at times reinforced and in some cases reproduced without the designer being informed.In the case of this chair, no information exists documenting any involvement or authorization by the author for the subsequent modifications. 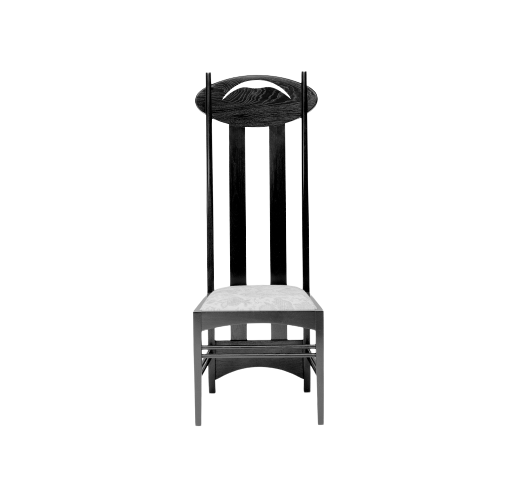 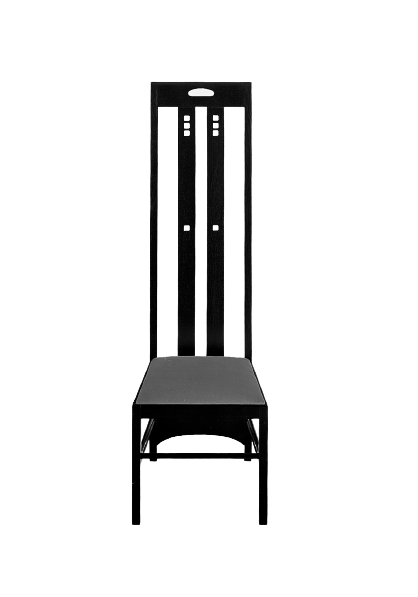 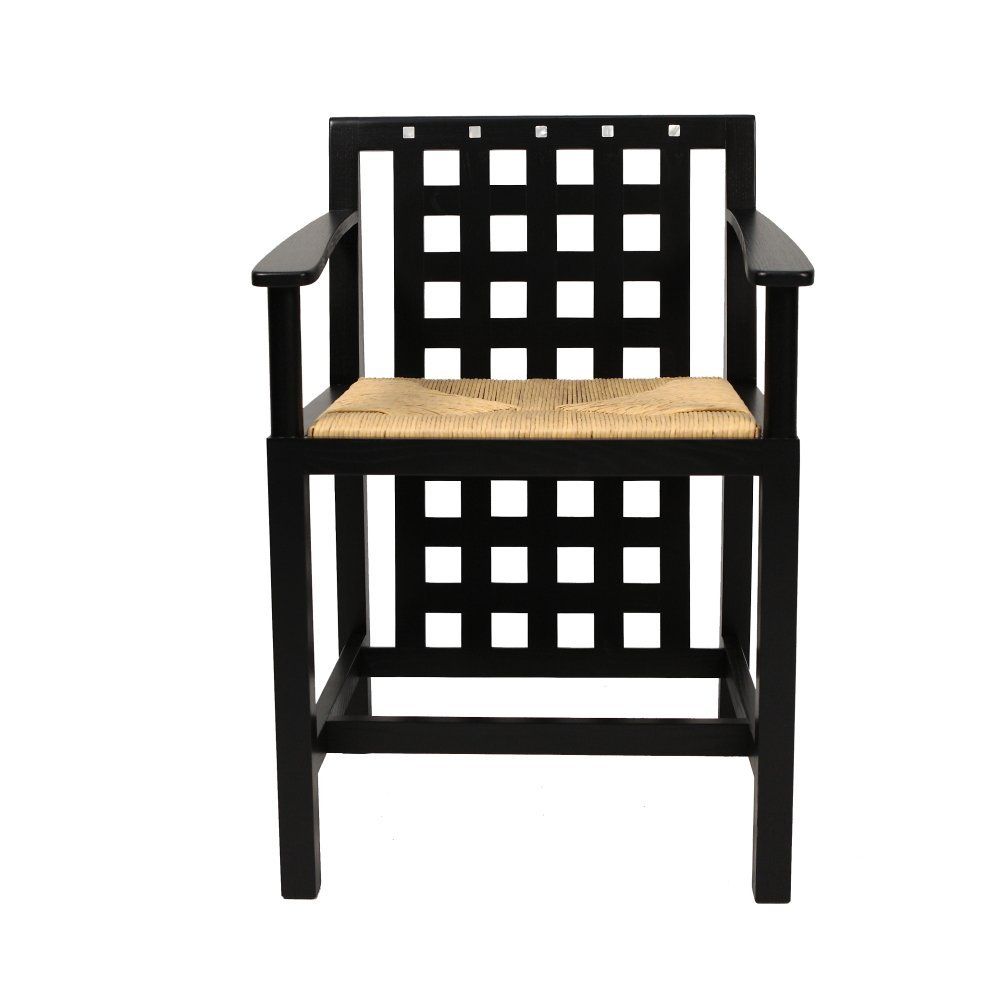