We are proud to share a text by Folke Jansson on the history of his creation Arabesk.

It was the mid-fifties, from some time I was looking for an upholstered chair or armchair. But I could not find anything that would convince me, only squared objects and combinations of linear elements. That was the Swedish style. Apparently, the only possibility of having the chair I wanted was to try to shape it. Having practiced as a sculptor for a year, I had developed a good control of  three-dimensional shapes. Fully confident, I started making sketches, which unfortunately ended trashed sheet after sheet. It was not easy to get a three-dimensional shape. Then I focused on the continuity of a line. I worked until it became a curved surface with which to draw the entire chair. I was fully committed, sketches were my battlefield, but it soon became clear that it would be difficult to explain to a producer my intentions with those materials, and then I built a clay model. Now all that remained was to find someone who would and could produce it. There was a furniture manufacturer in the city, furniture realised in style, but it represented my only resource. So I took my little clay model and went to meet the director of Wincrantz. After careful consideration, his comment was, „ok, we do it!” He asked me a drawing, but to trace a piece of furniture that had not a straight line and without angles on which to build the projections seemed almost impossible. The only solution was to build a full-scale model, a carpenter could build the frame. I shaped the chair using paper-mache and poultry metal mesh. It became a heavy prototype, but it was good enough to show the form over to an experience craftsman. After the construction of the frame, we moved to the upholstery;  finally alive, Arabesk was firmly resting on its three legs!

„We should present it at a Fair!“

For me it was quite surprising. I just thought it would be fun to have a couple of copies, but it was time to tackle a bigger challenge: the Salone del Mobile 1955 in Gothenburg. I helped to organize the exhibition and then I retired at home, expecting violent reactions on my little creation. And instead……. „Atomic Bomb at the furniture fair!“ – „Arabesk, the only thing to remember,“ etc.  Also there was great interest from abroad. When I visited the fair the day after the opening, there was great recognition, plenty of photographers and celebrities immortalized on my chair. After its launch, interest in Arabesk was registered more in Europe than in Sweden, but its distribution soon arrested. In the 70s, the Vitra Design Museum bought an Arabesk at a Design auction in Paris, and included it in the collection, where so far Sweden was represented only by Bruno Mathsson. I discovered this by chance, although it was clear that the little chair had attracted much attention and had been show reeled in various exhibitions in Europe, and published in magazines and books. All this had happened without I was informed, because no one knew who was the designer. Interior Designers in Sweden discovered Arabesk and suggested that it was put back into production. Now the time was ripe?We started to look for an original chair that could be used as a prototype, and finally I got one: it was to be repaired and of course had the padding of 1955, natural foam rubber, which self-extinguished releasing a powdery dust. The body was made of solid wood.

I had just to find the right manufacturer! 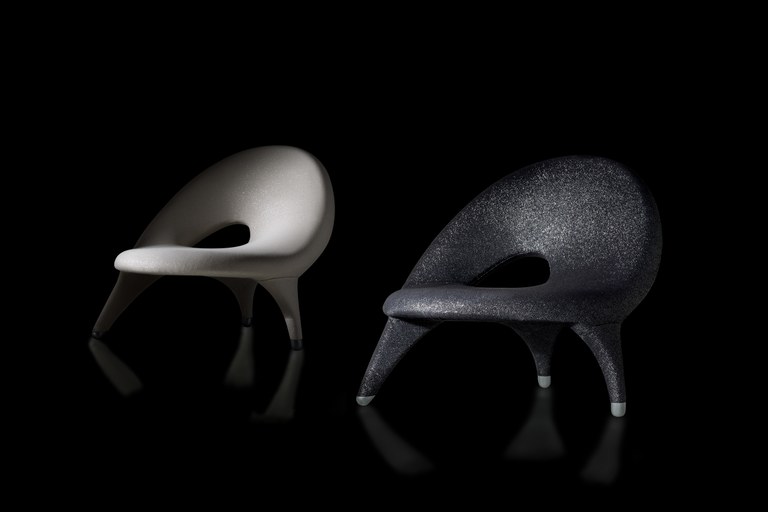 Folke Jansson died recently in his home in Sweden. A master sculptor, painter and ceramist, Matrix owes much to the collaboration with this extraordinary figure who designed one among the most iconic armchairs of the XXth century. Arabesk will stay forever young, a living legacy of Folke Jansson’s creative work.